On March 14th Robins had a topic Day focusing on gravity and the First Moon Walk. In maths we have been working on measuring in metres and centimetres and we combined our skills with our Science and Topic work. Each child jumped three times measuring their jumps, they used their best jump to work out how far they could have jumped on the moon. Later in Maths we looked at different ways to work out 6 times our jump to get our moon jump. Our best moon jump was 12 metres!

We also had a tray of flour to measure the impact of stones(meteors) into flour. We used five different size stones which they weighed first and measured the depth and width of the crater it made. While we were doing all this the children also wrote a postcard from Neil Armstrong to his family describing how amazing the moon was and how proud he felt to be the First Man on The Moon.

It was a super day and the children certainly worked hard. 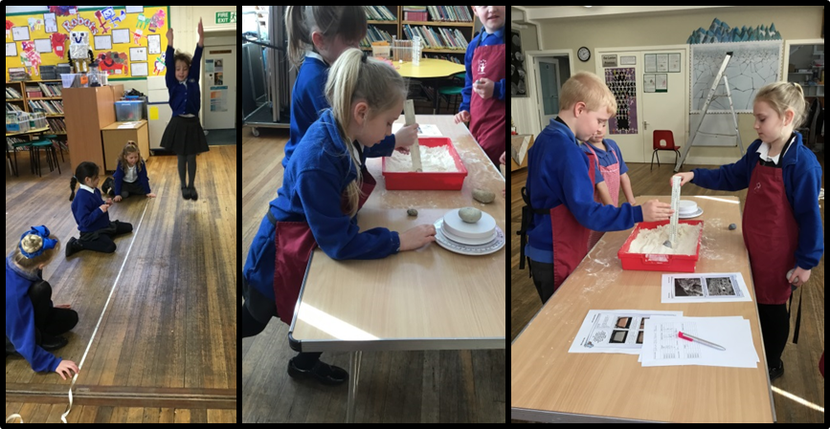 Our Topic - The First Moon Landing

This term Robins class have been studying the First Moon landing, they have contributed to their learning by interviewing relatives who watched it happen as well as studying an original newspaper from 1969. In our science topic of Human Babies, the children wrote their own questions to ask our visitor and we had a lovely afternoon questioning Miss Blake whilst 10 week old Phoebe slept through almost the whole thing! In Literacy a highlight was our drama lesson on Cinderella, in which we found that Robins have some excellent actors who can improvise a very amusing performance. 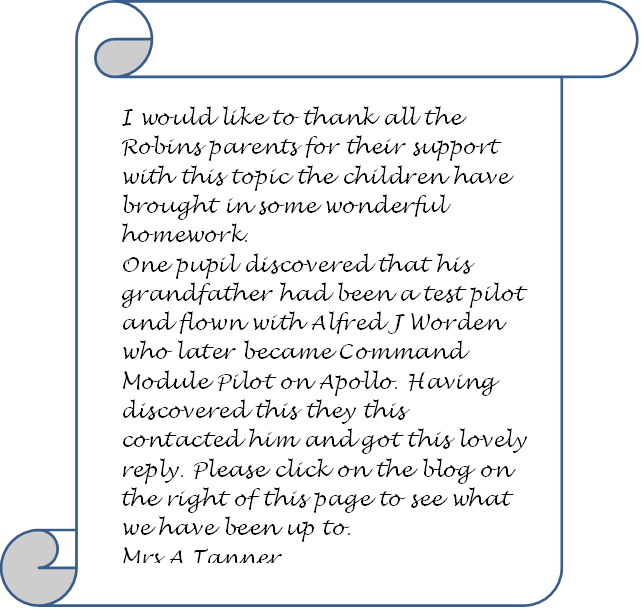